What is it that makes a uniform look cool? Is it the image attached to or the person in that uniform? Or is it pure styling and colour?  Uniforms look cool when they are well-designed, neatly-pressed, and worn by smart people. They project a better image of the organisation that's using them, and also obviate the necessity of having to choose a different outfit for work every day. Big businesses like airlines and restaurant chains usually get their uniforms designed from stylists. The type and style of the uniform depend upon the nature of work that they will be worn for. Sports uniforms can be flashy and allow free movement of the body. Medical or military uniforms can look more traditional with their specific colours. In order to look cool, a uniform just has to ... well, look cool!

Here are some of the coolest uniforms ever worn. 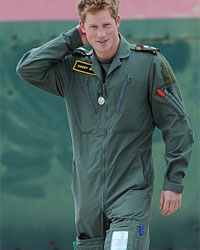 This cool uniform can shock and awe observers because of the glamour that comes with flying high-speed jet aircraft. It's the perfect working uniform for pilots, because it has a lot of pockets for stowing maps and stuff, and is made of a porous, fire-resistant material. Complementary to this uniform is the G-suit, a zip-able pair of trousers that pilots don over the uniform to minimise the effects of gravity while flying. It can make any average Jo look like a hotrod. It can be unkind to people with bulging tummies, but then, not many fighter pilots have one ... or do they?

If you have ever travelled by Singapore Airline, you may remember their cabin crews for the absolutely ravishing outfits that they are wearing. As sexy as it is traditional, the dress is known as sarong kebaya. It hugs the curves on the Singapore girls' bodies so closely that one wonders if the dress is tailored for the crew, or the other way around! The bottom has a slit running all the way up, so if you want to get some sleep during your flight, don’t take an aisle seat ;) 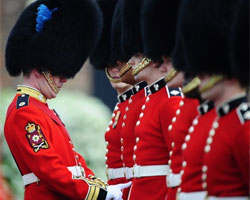 How can we forget the evergreen (or should we say ever-red) uniforms donned by the Queen's guards? They've been wearing those bright red tunics and bearskins for centuries without losing their charm. If anything, time has added to the coolness of their attires. Many tourists visit Buckhingam palace just to take a closer look at those uniforms and the foot guards wearing them.

Wearing medical crosses on their caps, these waitresses may look like nurses at first glance. The only differences are that they look a bit too sexy to be nurses, and, they could give you a heart attack by serving you their trademark single-, double- and triple-bypass burgers. People get heart attacks on the restaurant premises all the time. We can't say whether it's because of the hefty burgers that they serve or the cool uniforms that these angles from hell are wearing. 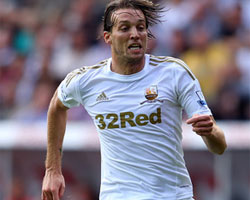 For MU fans, the red jerseys might be to die for, but Swansea City stunned the world with their all white kits this season. The gold logo makes the brilliant white jersey stand out beautifully, and the shoulder trims and the sponsor-logos give a clean look to this football uniform that has been ranked No.1 this season. Liverpool's gold-and-red uniform was ranked second, followed by Manchester City's light-blue jersey.

The workplace Depot doesn't sell cool uniforms but we do sell workwear and hi vis clothing. Do you think any of the above uniforms are not so cool? Noticed a uniform that you'd like to tell us about? We'd love to hear from you in your comments.

Posted in Health and Safety